We can call life as ambiguous and incalculable as we like, but there is someone sitting up there with a lot of time to kill. And what is it going to do to use that time? Keep meticulous accounts of each and every miserable human being there is.

Yes, if you look at a pan-religion concept, ignoring all the differences, then the reason we are ‘supposed’ or ‘not supposed’ to do certain things, is because God is watching.

If you have ever come across posters or billboards on your way to college which go something like this- ‘(Relevant God’s name) is watching over you and has died for your sins!’, then you know what I mean. For someone who is supposedly the creator of the world, it does come across as nothing more than a petty stalker.
So does my mocking mean that I think that we can get away with doing anything and that no one is really there to see it? Well, yes and no. If I am right about believing in a creator, then that entity made everything – which means many planets like ours, and many solar systems and God knows how many galaxies (pun intended).

However, I believe that if at all anything is wrong (not religiously or morally wrong – because that will depend on the religion or moral code you follow) – if anything, any action, is humanely wrong, that the action itself has negativity – negative energy, and the way it makes you feel would – negative thoughts and guilt – is what would be the measure of wrongness you would induce. Those repercussions itself would make sure that you get your due for doing that.

At this point, of course, we can think of many people who get away doing supposedly wrong things. But this is because we determine the start and end points of their story. ‘So and so did not feel any repercussions within 6 months of doing that, so they have gotten away with it’. But who knows what happened afterwards? What pain they had to face?

As I am losing faith in the formal agents and institutions of justice like Law or Religion may be I am latching on to this concept of poetic justice – maybe very closely resembling karma – as something to get me by. I may be deluded.

But tell me, what seems more plausible – that someone up there is maintaining detailed accounts of our actions and will send us to heaven and hell accordingly as well as give us small spankings or blessings while we are on earth – or the fact that the nature of our actions (negative/positive) are what will determine the consequences they bear on us?

The title may illicit interests of people with a philosophical/physicist bend of mind, and while I take my principles from there, I’m actually talking about something much more commonplace. People.

We were taught intelligence testing during this first semester of Clinical Psych course. And we were repeatedly cautioned : IQ is just a number, a snapshot of the person, do not think that you know the person entirely just by knowing their I.Q. Why? I.Q falls on the bell curve, a continuum, although it has most people around the centre, but there are people towards the other two ends too – subnormal and supernormal intelligence – NORMAL is decided by what MOST people are. But its not as if normal is good and anything else is bad.

But we do think in those ways. We think in dichotomies. I SHOULD get the best. Or, I am a TOTAL loser. Or, He is completely EVIL. A brilliant new therapy we are learning, Cognitive Behaviour Therapy, talks about how such rigid, dichotomous thinking leads to stress, depression, and then the less garden variety type things like OCDs, panic, anxiety and so on. At some level, we know these dichotomies are not real. We could be telling ourselves, “Oh, I do good so I would prefer getting good in return, but since I can’t control everything, I may not get good each time, but that’s ok, I’m not a bad person if that happens’.

So many years of gloating about ourselves, pages and pages written, as proof of our versatality, and yet we can’t think in continuums. Why?

1. It’s shorter to think in dichotomies (I’m stupid) than (I’m a worthy person but seemed to have made a mistake in this situation)

2. It’s simple. this is just an extension of the above, but dichotomies create water-tight compartments, where it is easier to place people. Imagine if you had to meet each new person with a blank mind and did not have categories like ‘indian’ ‘woman’ ‘single’ which have their own stereotypes attached. It would be a lot of work! And we are inherently lazy (or cost-efficient, for a better world)

3. It’s the better option during emergency situations. If you broke your arm, its much easier to make instant noodles, rather than some grand, drawn out lamp chops recipe. But her its ok because a broken arm is not a permanent situation (hopefully). But what would happen if you were to eat instant noodles all the time? Not gastronomical fitness, or delight, definitely. Similarly, it is easier to resort to dichotomies when we are too sad or distressed, and we can’t think clearly. But these situations can keep happening over and over. So we have to train our mind to think in continuums so much, that tha becomes the basic, first, primary response.

Are dichotomies only about adjectives? No, they’re about all yes-no categories. Talented-nottalented, smart-dumb, thin-fat, love-hate, single-committed, and even male-female. There are many in-betweens among each of these. There have to be! Because we are humans, and so goddamn versatile. We could not agree on facts, to save our lives, how can we agree on something so subjective as traits?

So let’s try to not only accept the differences, but the degree of differences.

Let’s go from dichotomies to continuums. 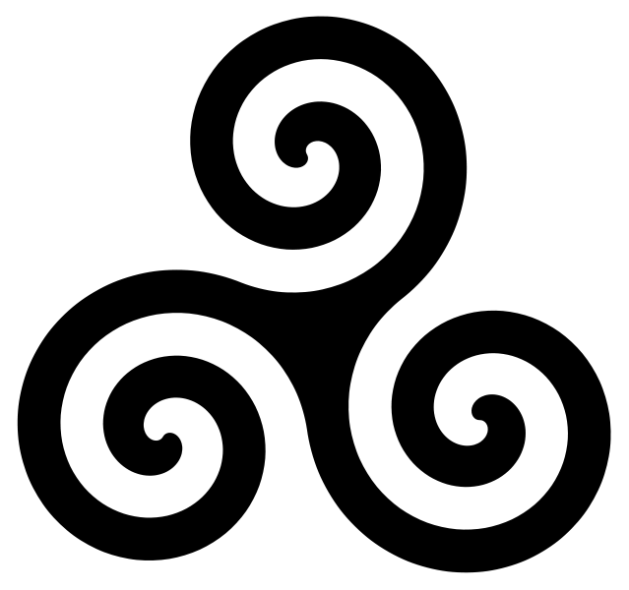